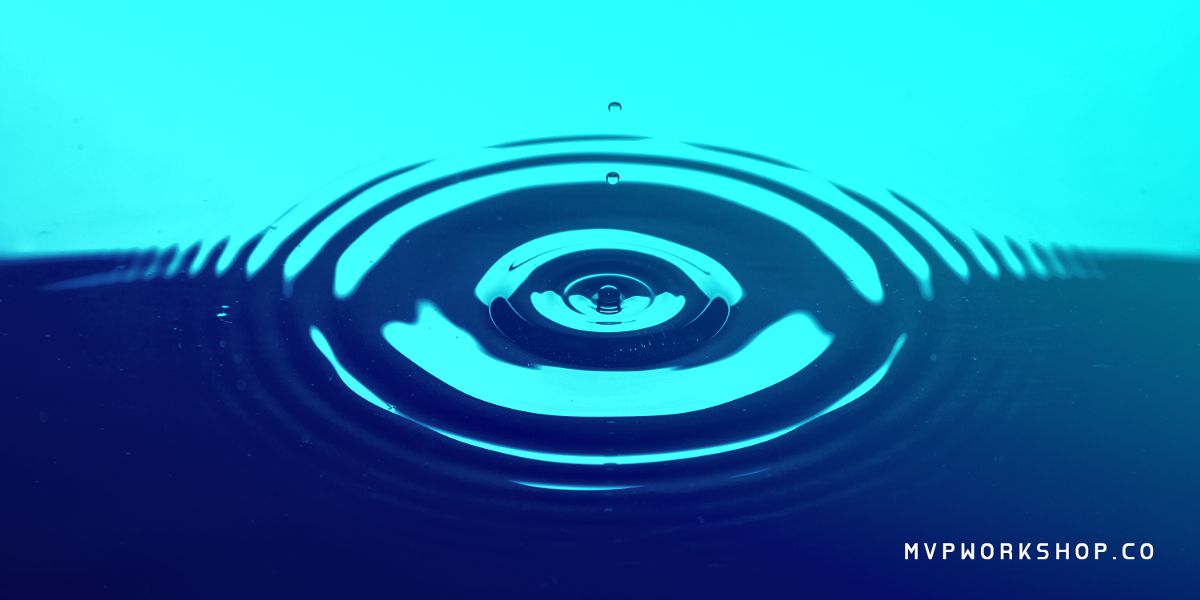 Blockchain 2019 resolution: Keep it real and show me the money

Let’s be honest, Blockchain has a branding issue, and all the buzz and speculation around it is not solving the problem. For that matter, Blockchain is labeled as a transformative technology that will change the world.

However, apart from a few FinTech companies, all Blockchain companies are failing to show any revenue — although the technology has been around for 10 years.

Frankly speaking, these FinTech companies are also mostly exchanges, as cryptocurrency is still the main moving force behind Blockchain today.

New technology emerges in one of two possible ways. Either people have an issue and technology steps up to offer a solution, or a new transformative technology shows up and people slowly start building new business models that no one thought of before.

Table of Contents hide
1. Is there money to be made with Blockchain?
2. However, it is not about crypto. It’s about the technology, isn’t it?
3. No one cares about privacy, really
4. So why should we even care about Blockchain?

Is there money to be made with Blockchain?

Based on the total Big Data market size forecast, Blockchain will be less than 4% of its size in 2021. How so?

There’s no doubt that Blockchain will amplify our ability to share data without a middleman (not sure if the Big Data forecast takes that into account), and will take up less than 4% of the total Big Data market.

Why did ICOs raise $15Bn in 2017 and 2018 if the blockchain market cap is expected to be $2,3Bn? Is all this good or bad considering blockchain industry as a whole? Who knows, but it’s definitely worth keeping this in mind.

Another interesting fact is that only 30 million people worldwide own cryptocurrency wallets. Why is this the case and where does the discrepancy between expectation and reality come from? Well, for an outsider owning crypto right now, it looks like speculation and gambling.

What about the end users of the existing, currently thriving and also profitable products? These are also mostly crypto owners. So, how many of adopters outside the crypto are there? Here’s a quick overview of the number of people owning cryptocurrency worldwide.

Alex Mashinsky from Celsius Network did a great talk about how we could bring the next 100 million people to Crypto.

There is a lot of FOMO going around, but it does not feel like a reasonable thing to do in the first place. It’s also still relatively hard to get into crypto, as most products’ UX is extremely poor and not intuitive for an average Internet user.

However, it is not about crypto. It’s about the technology, isn’t it?

Judging by the above mentioned market cap–$112Bn in ICOs to $2,3Bn–this doesn’t hold water.

Except for a few projects such as Hyperledger, most Blockchain companies are still reliant on Ethereum-based tokens and their price in order to drive innovation and adoption of technology among different products.

Business value does not come from these use cases because designing a cryptocurrency and designing a successful customer-facing product are two different things. Having decentralized, immutable and transparent data by itself has no value. It often creates more problems than it solves while making big promises.

No matter how big the “double spend” problem is, not all industries are affected by it. In day-to-day business, it’s much more important to have a scalable solution than to remove trust from a major “middle man” and wage wars for transparency. In reality, crypto is still pretty limited in many ways and, in addition to that, businesses don’t want novelty. They want to get things done.

We’ve already been adapted to live in a world where everything is connected and nothing is private. Those that still want their privacy only for themselves are fighting a losing battle. Google and Facebook know everything about you–your activities, your company, your mindset. It looks like the reality to me.

Furthermore, have you ever wondered about how and where your data is collected and shared without your knowledge? More and more companies are fighting the battle over collecting our data and then reselling it to the consumers, that is, to the world.

In MIT Technology Review there’s a great piece by Evgeny Morozov about the Real Privacy problem we are facing today.

While we are putting more effort to understand the repercussions of losing control of our personal data, this issue is something that many still don’t know or don’t care about. The reason why most people don’t care about privacy is simple. People already feel safe, so they don’t want to be bothered.

The era of computers and the World Wide Web created our reliance on technology and data and so data has become one of our most important resources.

Data is to the Information Age what Oil was to the Industrial Age.

Yes, we are fighting for data ownership and our right to withhold and delete information, but the benefits of sharing data still outweigh the potential risk of misuse.

So why should we even care about Blockchain?

The trust and hope we put into Blockchain is easy to explain. It’s because these new business models, which are decentralized and tokenized at the same time, bring a huge potential with them. However, we still don’t have a good understanding of the technology, and as with most disruptive solutions, many of them are still counterintuitive.

We are always looking for the next big thing and companies are already on the lookout for the best solution to using data in a better, more efficient way. In its essence, every technological revolution is just a new solution to the world’s capacity-limited problems.

Our ability to exponentially create more, trade more and earn more is the driving force behind much of our progress, but it also produces an infinite number of ways how to abuse that potential.

We, as people, are very prone to greediness when it comes to exploiting these new opportunities and so we prioritize profits before our safety and the safety of others; but this is only until we have crossed the limits and the danger has already reached the threshold.

In the end, we end up trying to solve problems that are already solved and use Blockchain to gain marginal gains in privacy and trust while sacrificing efficiency and profits.

Many of these solutions fall into the “nice to have, but I would not really pay for it” category. Blockchain can be extremely useful as a tool to solve our information security debt, create instant liquidity of assets that are traditionally non-liquid and enable data interoperability.

This can enable us to collaborate more, trade more and have our money stolen less frequently. Everything else is still very much far away.

It’s probably never going to be the sole basis of the new Internet, although we will probably see ideologies behind the Internet of Trust and Internet of Value in many business models in the future.

The main value behind Blockchain will show up when we start seeing end-user applications that make sense and don’t mention Blockchain anywhere.

Right now, we are still in the Infrastructure building stage. No one uses Decentralized Applications yet.

We use Ethereum and Smart contracts for Proof of Concepts, Fundraising, and Cryptocurrency transfers. Let’s be realistic — that is it.

Very few companies are willing to invest in innovation just to see the consequences of it. It looks like it’s easier to acquire existing startups or implement already mature solutions.

At World Economic Forum, there was this Digital Transformation Initiative achieved with the help of Accenture, showing that we can unlock $100 trillion with the help of Big Data, IoT and AI, as well as other hybrid technologies coming from their implementation.

By looking at their findings, we see that companies invest the most in new technologies that are boosting efficiency, with customer experience coming second and new business models third. Clearly, new business models are not their top priority yet, and it will take a while before Tokenization and Decentralization take over.

Blockchain might be an amazing way to connect the dots between all of these emerging technologies, but the biggest benefits that we currently see are still in new business models which are harder to adopt, regulate and implement into existing businesses.

As long as tokenization of everything is the main driving force for Blockchain innovation, we will see only long-term projects primarily driven by the marketing and hype campaigns around it, as the results they can present are still not here.

If we are to see the real adoption of Blockchain in our everyday lives, the Blockchain community needs to step up its game and show everyone the immediate benefits of using this technology. It would be easier if we started with increased efficiency instead of creating new value.

I invite you to share your thoughts and follow @mvpworkshop to stay updated with new insights and thoughts on the Blockchain technology and its proper usage.

In the next chapter, I’ll go into this deeper by following the trail of money in Cyber Security, Data Interoperability and Instant Liquidity. Stay tuned and subscribe if you would like to see more content like this.

Also, feel free to join the discussion on Twitter and Linkedin.

Blockchain 2019 resolution: Keep it real and show me the money was originally published in MVP Workshop on Medium, where people are continuing the conversation by highlighting and responding to this story.

TL;DR – we attended Berlin Blockchain Week which included Web3 Summit, DappCon, and our own community event organized at Parity offices. To sum up the ...

MVP Workshop had the honour of taking part at Aeternity Starfleet 3 Malta, November 5/6 2019. As a blockchain product development studio, we held a ...