Fake It Before You Make It – MVP Types Pt.2

“The MVP is that version of a new product which allows a team to collect the maximum amount of validated learning about customers with the least effort.”    –Eric Ries

In my previous blog post, I wrote about what are the MVP types and options that one startup can take into consideration. If you read it, I hope you will never use this second quote.

“Our MVP is the crappy version of what we’re going to build later.”

-Most startups talking about their MVP

If there are still questions or lack of understanding, as promised I am going to tell you more about the first group of MVP types – Fake it before you make it.

This group is well known for its representatives Wizard of Oz, Concierge, and Piecemeal. Those are the types of MVPs that you will meet in basically every blog and text related to this topic.

A Wizard of Oz MVP is also known as the Flintstone MVP, which I find quite convenient. Therefore, I will use the famous Fred’s Footmobile for further explanation of this MVP type. 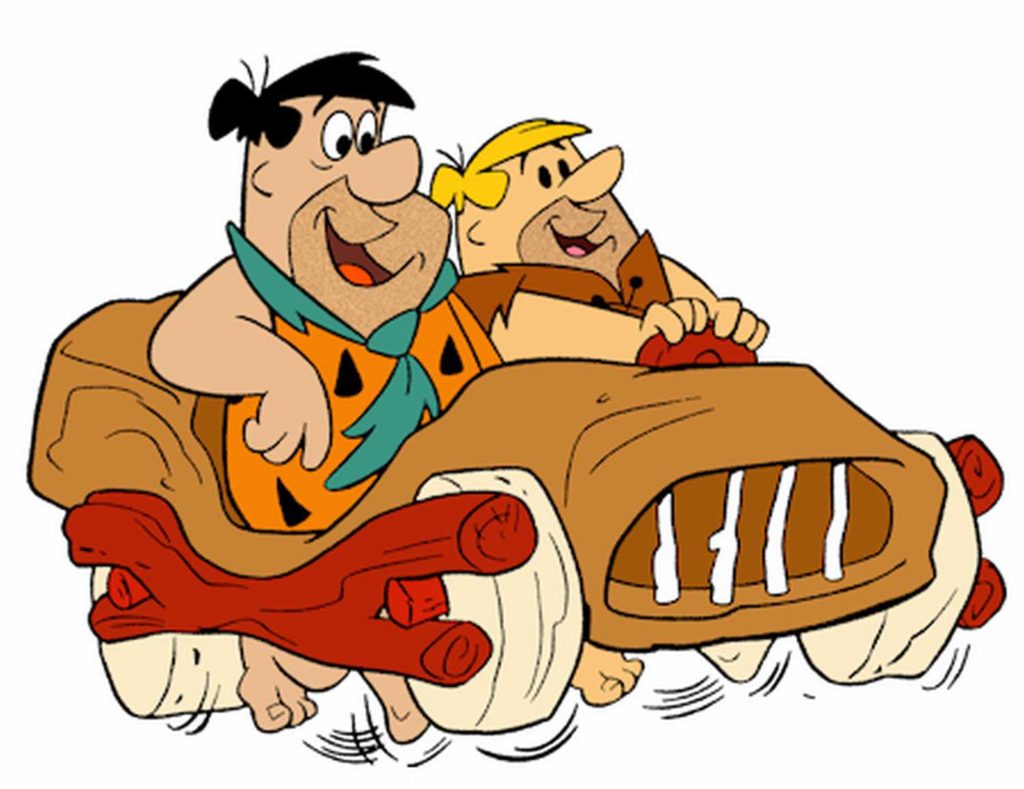 You remember how it works, right?

Cars in The Flintstones are large wooden structures that burn no fuel. They are powered by people who run while inside of them.

That’s the basic principle behind the Wizard Of Oz MVP: creating the picture of a fully functional product, but behind the scenes, using manpower to deliver the finished solution.

With the Wizard of Oz, you will be the one to carry out the product functions manually, while the user believes that it is a real working product. Just like Nick Swinmurn did with Zappos.

Okay, nowadays it is evident that people are buying shoes online. But in 1999, when Swinmurn wanted to build an online retail store, the assumption that people would use it was pretty risky. It needed some testing.

He took some photos of shoes from the local shoe stores and put them on the website. If someone ordered the shoes online, he went back to the store to buy it.

He didn’t have any technology or algorithm behind the product. He faked it, and the customers loved it.

This way, not only he validated the demand potential, but he also learned from customers feedback and gained knowledge about what is necessary to run the business.

AirBnB– There was a design conference coming to town, so two roommates decided to open up their loft as cheap accommodation. The target group was attendees who didn’t manage to find free rooms in hotels nearby. They took pictures of their apartment, uploaded them to a simple website, and before they knew it, they had their first customers: a group of 3 people in town for the conference. 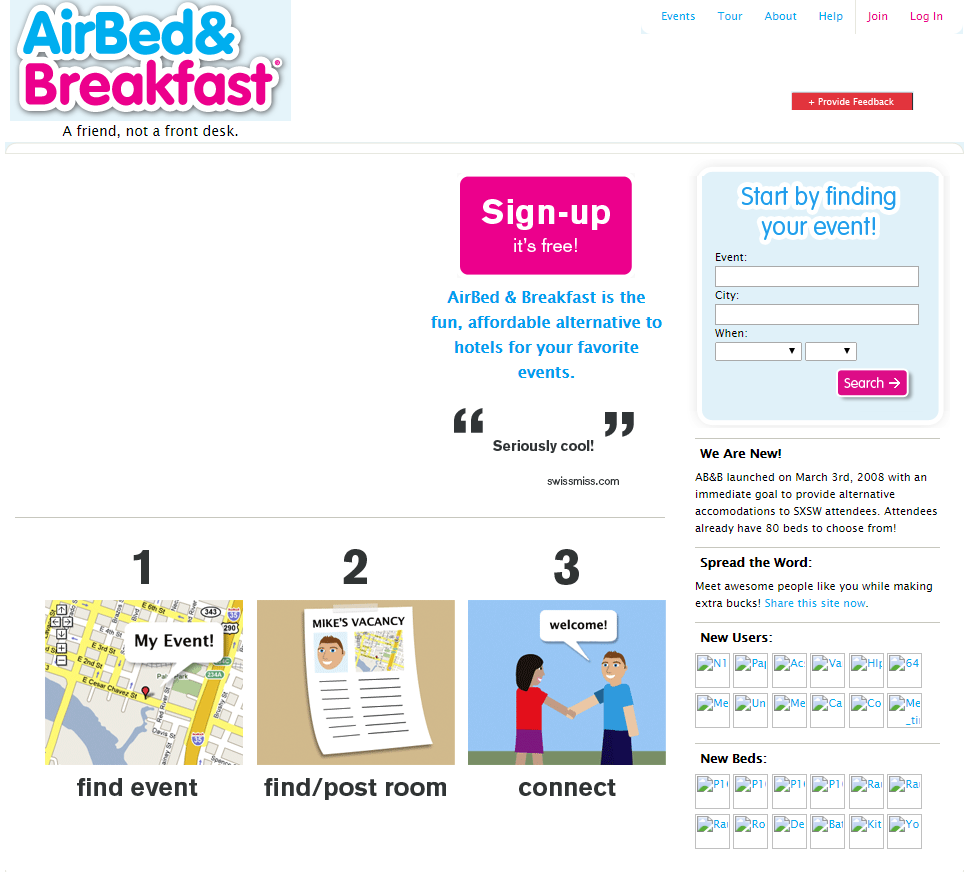 As you can see in the right sidebar, they were initially focused on the SXSW conference in 2008. To those three people, they could give the attention that a personal concierge would provide at an upscale hotel.

Today Airbnb has over 3,000,000 lodging listings in 65,000 cities and needs more automation. The Concierge MVP helped them validate their initial assumption that people would be willing to buy this kind of experience.

The Concierge allows you to experiment and learn about the validity of your hypotheses throughout manually taking care of initial customers.

Since both Wizard Of Oz and Concierge are the MVP types that provide value proposition without any technology, by using manpower, it’s hard to get the difference. Naturally, it’s the User Experience that makes those MVP types different from each other.

The Wizard of Oz is hidden from the user, while on the other side the user knows about the concierge. 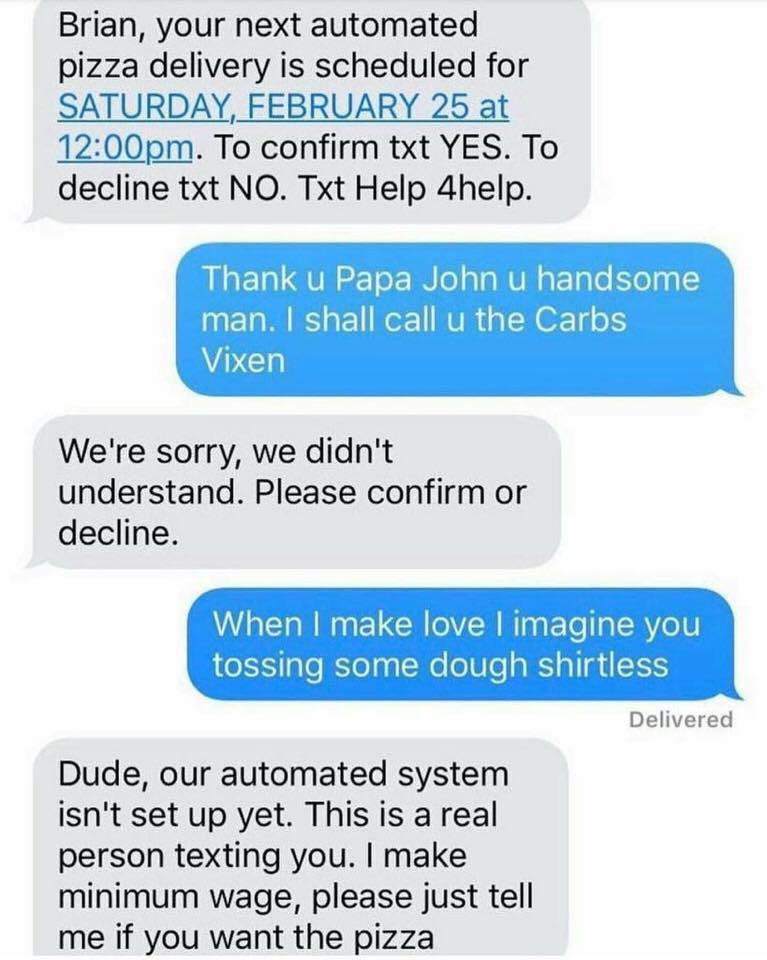 With Wizard of Oz MVP type, the user experience is a complete simulation of the actual. With Concierge, the customer is aware that there is a real human being behind the scenes. A concierge MVP is an experience, not a product.

The third representative of this MVP group is, of course, Piecemeal.

Instead of investing a lot of money and time into building your product, you can use platforms and services that already exist. Make a foundation and launch your first version of the product. Fast and simple, right?

As I promised in my previous post, I am going to explain how BJ Fogg, a professor from Stanford did it.

He studied human behavior for 20 years and here’s what he has learned: Only two things will change behavior in the long term:

In December of 2011, he created an effortless way to help anyone install a new habit. Over 40,000 people have since joined in.

All it takes is to pick three small habits and stick to them for a week. 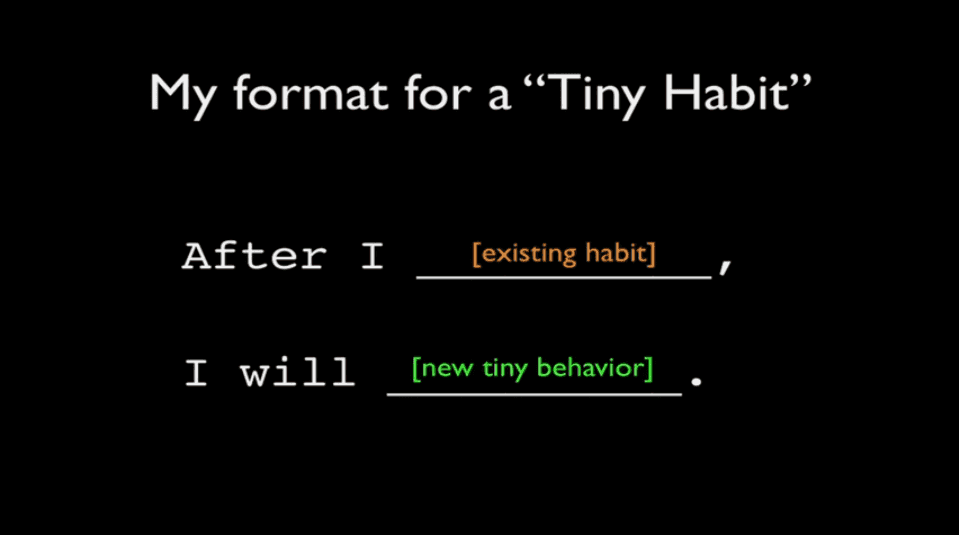 Since the solution of the problem was so simple, he decided to have very simple technical support behind it.

This is how his MVP looked:

Step1: He created a Signup form with a Google Docs form.

Step2: The instructions were described in a Google Docs document.

Step 3: Everyday, an email reminder was sent manually to his early users. They had to reply with “y” if they have done it, and another “y” if they wanted to go on the next day.

Step 4: Again, manually sending a reply back with an encouragement and experts guidance.

As I promised, it was fast and simple and it became one of the most famous representatives of Piecemeal MVP.

Starting your own business, creating something new, believing in your idea and team, none of this is easy to do. But with the right approach, building your MVP doesn’t need to be a struggle.

If you have enough knowledge and skills to make your own “Footmobile,” go ahead! Fake it and test the market response to your product. Efficient processes and algorithms can wait.

Feel like a Wizard Of Oz is not suitable for your UX and it’s too much of technology for you? Guide your user manually through the solution with a Concierge. It is a fantastic way to gain extra knowledge about your user personas.

And if you are one of those “The Concierge MVP represents the ultimate in inefficient” people, then the Peacemeal MVP can be a solution for you. It is simple, fast and you don’t need to reinvent the wheel. You’ll find plenty of existing tools and resources to create the foundation for your product and test it.

Wizard Of Oz, Concierge or Piecemeal, which MVP would you choose?

Working on a startup is pretty much a school on its own. The more you ...

While our mentors are analyzing each solution and while we are waiting for winners to ...