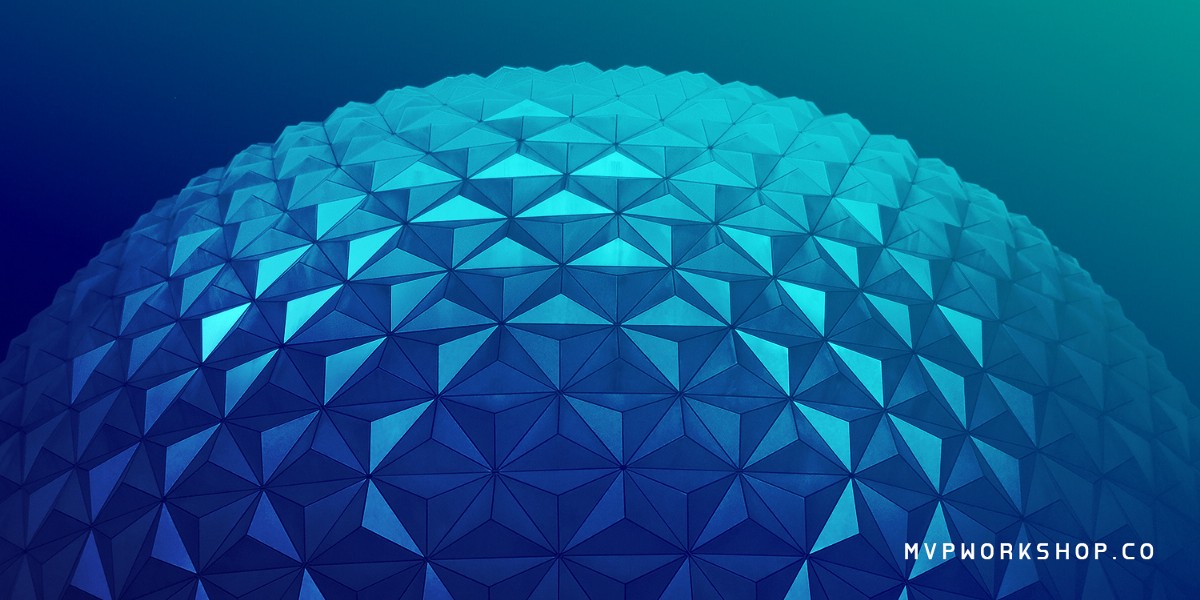 This Month in Blockchain – January 2019

The New Year, New Me stock phrase may be applied to blockchain as well, depending on who you ask.

January is a long month, but the industry doesn’t seem to show any signs of fatigue. Its sails are set high, despite the sea breeze that we witnessed in the past couple of months.

Will a sudden gust blow wind into the sails of the industry? We have selected and covered articles and news pieces that our team members found interesting and engaging. All of them were published in or around January 2019, and we will offer an overview of the state of affairs in blockchain by summarizing each piece.

Table of Contents hide
1. Some Harsh Advice for the Blockchain Industry by William Mougayar
2. You Can Make Money on These 12 Live Ethereum Dapps Today — Here’s How… by ConsenSys
3. Welcome to the Fourth Industrial Revolution — 19 Blockchain Predictions for 2019 by Andrew Keys (ConsenSys)
4. What Ethereum Does Next — an Interview with Lane Rettig from Ethereum by Adriana Hamacher
5. What Does It Say when a Legal Blockchain eBook Has 1.7M Views? by Mark A. Cohen
6. How Blockchain Is Changing Computer Gaming by Marc Prosser
7. Blockchain Platforms & Tech to Watch in 2019 by Eric Elliott
8. STO Explained – Is It a next-gen ICO Hype or Real Innovation? by Yuree Hong
9. What Are the Hot News in Blockchain for January 2019?
9.1. Loom PlasmaChain Interoperability with Cosmos Hub Announced
9.2. Newsweek Announces the Blockchain Impact Awards
9.3. A City in Canada Launches Their Cryptocurrency
9.4. Ethereum Announces Constantinople Upgrade only to Postpone It
10. Throwback Πέμπτη — ‘Member Varoufakis?

Some Harsh Advice for the Blockchain Industry by William Mougayar

William Mougayar, the man behind The Business Blockchain, made a thorough list that features pieces of advice for every individual or company that has come in contact with the blockchain industry.

Published on December 28, the article is not only an overview of how things could unfold for the worse, but also a type of pep talk to encourage the industry as a whole not to make the same mistakes all over again or to fall short of achieving even better results. If you wanted to make New Year’s resolutions related to blockchain, make sure to read Mougayar’s ruthless article that shamelessly reveals possible pitfalls that could befall the industry.

As clickbaity as the headline of this article by ConsenSys seems, it actually provides a valuable list of dapps that support decentralized finance (open finance) in their core, and back the philosophical idea on which blockchain was built.

They focus on three major aspects of moneymaking on the web and offer various solutions for it. These three include bounties and freelance work, crypto landing and staking, and prediction markets.

Judging from the title of the piece, one would assume that Andrew Keys is an optimistic person. He does not deny the fact that he has poured all of his hopes and dreams into the mass adoption of blockchain that would inevitably lead towards the notion of utopia, as constructed by other enthusiasts of this technology.

Many of them claim that the Fourth Industrial Revolution is already happening, and Keys states that its development would further speed up in 2019. Truth be told, he does have a lot of interesting predictions that are worth considering.

As much as we would love them to come to life this year, we should take a step back, rack our brains for a while, and try to sort Keys’ predictions into impossible, improbable, probably, highly likely, and certain.

Lane Rettig has become one of the bigwigs in Ethereum, having focused on developing Web Assembly for Ethereum (aka “ewasm”). Adriana Hamacher from Decrypt Media published a lengthy article in which she picks Rettig’s brain about Ethereum’s latest projects, as well as his opinion on various blockchain-related topics.

The exciting future of the second largest blockchain-based project is revealed in this interview, as Rettig seems really keen on being involved with the media, unlike his boss, Vitalik.

What Does It Say when a Legal Blockchain eBook Has 1.7M Views? by Mark A. Cohen

Who would have thought that lawyers would be interested in technology so much? The mere fact that “Blockchain for Lawyers”, an eBook by a legal tech company from Australia called Legaler, exceeded 1.7 million views reveals the popularity of this cutting-edge technology and its impact outside the FinTech.

Mark A. Cohen is a lawyer himself, and he discusses the reasons why his colleagues are on a blockchain kick at the moment. His article in Forbes weighs up the impact of blockchain on law and their eventual symbiosis.

The book provides a thorough overview of not only blockchain but also the complete situation caused by the love/hate relationship between technology and law. One of the main reasons for the book’s admiration is that it educates early and middle-age lawyers who are displaying a tremendous amount of hunger towards learning more about blockchain.

How Blockchain Is Changing Computer Gaming by Marc Prosser

Published on Singularity Hub, this piece by Marc Prosser offers an in-depth discussion about the relationship between games and blockchain. If these two were a couple, they would still be in a “casual fling” phase that is slowly leading towards setting the “in a relationship” status on Facebook.

Once they move in together and start leading an active sexual life, we will witness the magic of their offspring that would revolutionize the gaming world. Games and blockchain are a perfect couple, and Prosser goes over their short history that also includes breeding cats together (CryptoKitties), and makes predictions about the future life of the two.

Blockchain Platforms & Tech to Watch in 2019 by Eric Elliott

If it wasn’t for people like Eric Elliott, we would live in eternal blockchain darkness. Eric did an outstanding job by overviewing the most prominent platforms and technologies based on blockchain that are going to be released in 2019.

Furthermore, he knows that we all are lazy bastards who are probably just going to skim through it, so he introduced the TL;DR section in the end that just lists all projects mentioned in the article. Overall, it’s a great read for people who are into the latest blockchain tech releases!

STO Explained – Is It a next-gen ICO Hype or Real Innovation? by Yuree Hong

Newbies who want to learn more about ICOs, STOs, and their relationship should read this article that clarifies and defines these terms. Written by Yuree Hong, it provides a systematic overview of their history and use.

Furthermore, Hong explains how ICO models are being reshaped by various external and internal factors, and comments on the current position of ICOs and STOs in the industry. According to the title, we could expect the second part anytime soon!

What Are the Hot News in Blockchain for January 2019?

Let’s take a look at the pieces of news that made an impact on the industry in January.

The co-founder of LoomX, Matthew Campbell, announced on his Medium blog that they would enable the new Cosmos Hub to have a token bridge with PlasmaChain. In other words, people who use non-fungible tokens from dapps that run on PlasmaChain would be able to send them to the Cosmos network.

Newsweek decided to stimulate the development of the blockchain technology by selecting some of the most successful people from the industry as nominees for their Blockchain Impact Awards.

A City in Canada Launches Their Cryptocurrency

Canada has always been the one on the frontier, and it managed to stay in the leading position in the technology race. The city of Calgary launched their own digital currency called Calgary Dollar, which should improve the economy and the convenience of trading within the city.

Ethereum Announces Constantinople Upgrade only to Postpone It

The team at Ethereum made an important announcement about an update called Constantinople that should have introduced a couple of changes to the platform. However, on the D-Day, ChainSecurity identified a couple of issues related to the update.

Without further ado, they called it off in order to solve the problems that would have arisen if they had proceeded with the update. If you are interested in what changes the Constantinople update brings, make sure to read this piece by Adriana Hamacher of Decrypt.

To wrap up this January 2019 overview, we decided to remind you of one “Oldie but Goldie” article that caused many reactions in the blockchain space.

Fasten your seat belts in Dr. Emmett L. Brown’s DeLorean, we are off to 2013 when Syriza was gaining its political power via one of its central figures — Yanis Varoufakis. He gained his “rock star” attribute among the Greek citizens by writing a blog about finance and economy, and Bitcoin was an inevitable topic at that time.

Therefore, Varoufakis decided to devote a blog post to what was still considered a phenomenon at the time, but retained a somewhat skeptical perspective, pinpointing the two major flaws which he believed would be Bitcoin’s demise.

The first flaw was that Bitcoin was set to deflate due to the limited amount of tokens that could exist (21 million). He claimed that the number of new goods and services that could be bought using Bitcoin would increase significantly, eventually causing Bitcoin to deflate.

The second flaw was that of a faultline he predicted would be created between the “rich” and the “poor” owners of Bitcoin, thus creating the “Bitcoin aristocracy.”

Were his predictions accurate? We would love to hear your opinion on it.

This article is part of our blockchain awareness posts where we try to help newcomers and people interested in this space enter it more easily.

This Month in Blockchain – January 2019 was originally published in MVP Workshop on Medium, where people are continuing the conversation by highlighting and responding to this story.

For some time now, we have been striving to broaden our knowledge about custom blockchain solutions. When presented with a problem of creating a fair ...

It’s official — the big players are entering the blockchain game. It is still too early to predict whether that is a good thing for the industry, ...