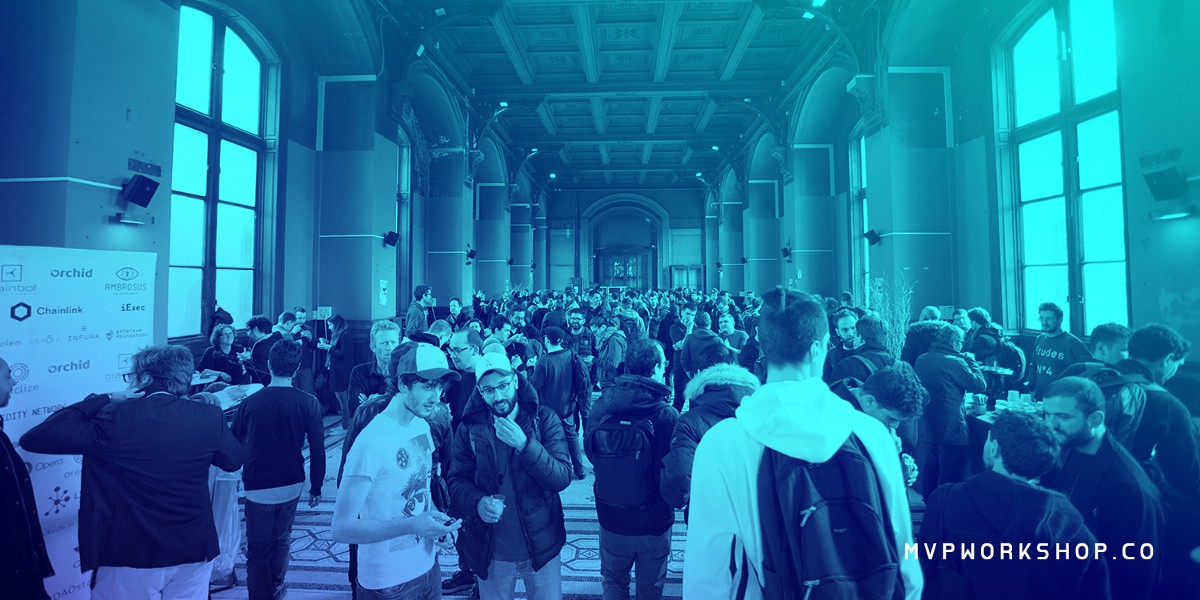 Written by Vladimir Marković
EthCC in Paris this year was for the community, by the community 2019 EthCC (Ethereum Community Conference), organized by Asseth gathered the Ethereum community in one place, once again! The Conference took place in Paris on March 5–7 and included a spectrum of activities, such as meetups, workshops, inspiring panels, all followed by a three-day hackathon. The event lasted for three days and included 1100 participants, 250 of whom were speakers coming from 40 countries. Furthermore, visitors were able to attend 240 talks and workshops, and the whole thing was supported by 70 volunteers, as well as 130 students. It was the place to be! All Ethereum enthusiast and experts alike gathered in Paris last week to gain valuable feedback from fellow developers and colleagues, which is a very important piece of this puzzle we call blockchain. All participants had nothing but one thing in mind, and that was to keep up-to-date with this rapidly developing technology. All speeches and constructive mingles eventually came down to discussing an inevitable subject of business development in the crypto sphere. It goes without saying that last year was filled with ups and downs, with the latter being more dominant. That was a tough lesson to learn, and the crypto world seemed better prepared than ever to take on new challenges, which was very noticeable at the conference! Let’s take a look at some of the talks that we found particularly exciting. Read on!

Ashleigh Schap from MakerDAO discussed steps that needed to be taken in order to set up a successful business development team in crypto. Her talk included a lot of do’s and don’ts taken from real-life situations. Starting with basic things, such as the importance of CRM software, Schap eventually ended up talking about examples taken from her experience. One of the things she focused on was why we shouldn’t use technical vocabulary too much, claiming that people not understanding what we are talking about will result in scaring them away. Furthermore, she talked about the significance of using real-life examples and analogies to help prospects understand the potential of blockchain technology. She said that we should start a small project to gain trust, without trying to revolutionize the business, as that was not going to happen. Furthermore, Schap advised not to rush with publishing the news on social media when we land a project but to act smart instead and wait until we have at least one working feature. According to her, the worst thing is to have a six-month-old tweet and nothing but a deafening silence after that.

Austin Griffith, the creator of Burner Wallet (xdai.io) — the first xDai wallet, discussed a real-life use case in order to explain how users transacted more than $40k at ETHDenver for the total cost of 20 cents. According to Griffith, a burner wallet is automatically generated upon visiting https://xdai.io, and your private key is stored in a cookie so it will be there when you come back. However, you need to sweep any value you hold into a cold wallet regularly and burn your ephemeral private key. A burner wallet is analogous to cash — you should never carry too much of it because you can lose it. xDai Chain is an Ethereum-based blockchain that uses USD-stable xDai (a representation of DAI token) as the native coin of the network. xDai Chain is a fast and cost-efficient blockchain solution that leverages the Proof of Autonomy consensus model. Dai is a stablecoin pegged 1:1 to the USD and issued by the Maker organization. You can find the entire presentation here.

What happens when an IT guy becomes the owner of a winery? The first idea that might cross your mind would probably include using blockchain technology to create the first wine-backed cryptocurrency. That’s right! Mike Barrow did just that. He created the world’s first open-source, transparent winery, and wine-backed cryptocurrency by exposing Costaflores’ technical and business practices to the world. Every year, they release a new token representing each bottle of wine they produce. On May 6, 2018, they issued an MTB18 token that represents wine bottles made in 2018. After the production, wine is kept in barrels for 12 months and bottled for two more years before it becomes available for sale. The only currency that is accepted at the moment is MTB18 token.

We had an opportunity to talk to and listen to some of the greatest minds in the crypto space. Moreover, we are thankful for being a part of an open, growing, uniting, and connecting community of crypto and blockchain enthusiasts from all over the world who decided to get together and discuss the future of this cutting-edge technology. If we were to sum up the entire experience from the conference in two words, we would go for groundbreaking and innovative. We are glad we were a part of EthCC and their amazing community! Did you attend this year’s EthCC? What was your experience like? We plan to visit more conferences like this one, so check out our website for more information. Share your thoughts and follow @mvpworkshop to stay updated with new insights and events we are attending!

MVP Workshop Team at 2019 EthCC was originally published in MVP Workshop on Medium, where people are continuing the conversation by highlighting and responding to this story.

A Closer Look at the InterPlanetary File System (IPFS)

UPDATED ON 05.11.2020 During the last decade, it seems that the majority of the data we use has moved onto cloud storage. Most of the ...

MVP Workshop team participated in this year’s Diffusion Hackathon in Berlin, working on the Token Engineering Track. The case was given by Siemens – design ...