Why Should You Use the MVP Approach?

“Being an entrepreneur requires you to have a large ego, and either a vision or a hallucination. This hubris combined with vision and passion is what makes startups create something out of nothing!”

First and foremost, being an entrepreneur is not a job! Do you find yourself waking up in the middle of the night taking notes on your startup? Or by the time you take your shower in the morning you can’t wait to work on your startup? A startup is an irrational passion. It is not a job! Normal people have jobs. Entrepreneurs are irrational. Unless you’re irrational don’t think about it as a job choice. It’s not a career choice. Entrepreneurship is a calling. And you shouldn’t be doing it cause in nowadays it’s popular doing it. You should be doing it because it’s the virus in your head you need to get out of your system. Some of us are stuck with it maybe for the rest of our lives. Sometimes it pays off but many times it doesn’t!

Let’s try to figure out why? I’m not saying you to use MVP in order to succeed but in order to reduce a risk of failure.

Contents hide
1 What is a Minimum Viable Product?
2 Get out of the building
3 Why should I create a prototype?
4 Do MVPs have to be perfect?
5 Deploy, deploy, deploy!
6 How can I use an MVP to run an experiment?
7 Try walking in their shoes
8 The difference lies in execution
9 The Beauty of Agile
10 Iteration
11 People get bored of the same thing
12 Conclusion

What is a Minimum Viable Product?

Building a Minimum Viable Product (MVP) is a strategy for avoiding the development of products that customers do not want. The idea is to rapidly build a minimum set of features that is enough to deploy the product and test key assumptions about customer’s interactions with the product.

Get out of the building

In startups today instead of building the complete finished product we actually gonna get out of the building and test pieces of the product incrementally and iteratively. And the question is: 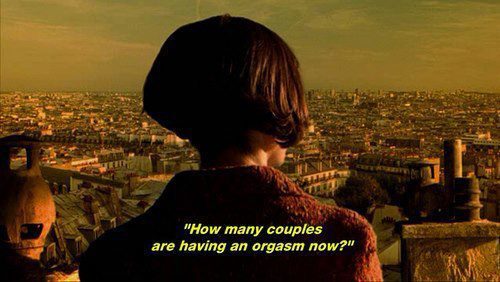 At the very beginning of the company, you’re trying to answer two very general questions.

It might be something as simple as a website that says: -Do you have this problem? Click here! Or you can say in a one on one interview: Hey, I’m trying to understand whether people share this problem.

Why should I create a prototype?

The next step is trying to understand whether the solution you’re building solves the problem you now kinda validated. Not the specific product but the thing you’re building in general. What if we have a website XYZ would that be exciting or interesting to you? Interesting enough to use it or pay for it?

When you’re trying to test the solution, some mockups, wireframes, clay prototypes, or sometimes really listed feedback are quicker and better than just having verbal descriptions.

What you really need is a basic product that you can actually go out and put some hustle behind. The cost of hustle is negligible. With the technology stack moving towards modular components, the cost of getting a functional prototype is a fraction of what it once was.

Do MVPs have to be perfect?

It differs from the conventional strategy of investing time and money to implement whole product before verifying whether customers want the product or not. MVP tests the actual usage scenario in contrast to conventional market research that relies on surveys or focus groups, which often provide misleading results.

Our job is to get our partners to Minimum Viable Product (MVP) as quickly and cheaply as possible. So that they can do a combination of three things: 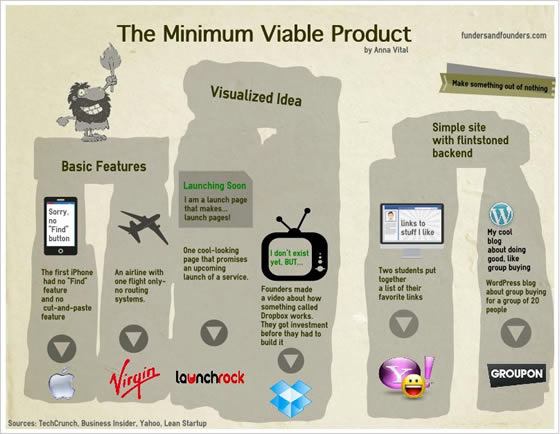 While you can gain and lose knowledge and capital, time is a commodity that none of us are getting back. You should spend your time on getting a core product out to market as soon as possible. Disregard your obsession over small features that your users may never use. There are hundreds of cases where bad technologies have turned into good businesses. But even more where stellar technologies haven’t become viable businesses.

Deploy first, code later. One of the hardest problems that entrepreneurs encounter, particularly those who are technical, is getting over the feeling that MVP must be bug-free and complete. Actually, it’s an antithesis to this! You’re not building a product you’re actually trying to list responses from customers. Somebody might say I need another week to finish the code.

The real question is, can we do a cheap hack with ppt slide or can we do something else to figure out whether if someone could give us some answers? If you remember we were writing about using WordPress to validate and launch your MVP. It might be that comes down that you need some functionality that really requires the code. But the first question that you should answer yourself: “Is there some way to get here but not having to do all engineering?” Because that probably might be wrong at this point of time. 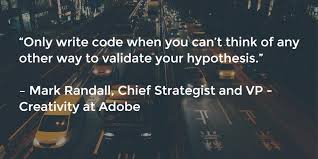 How can I use an MVP to run an experiment?

The other key idea you get remember is what you do are doing with this MVPs using them to run experiments. It’s not like you just throwing them out when you go out of the building with MVP you have a series of hypotheses you’re testing.  We have been making you write down what do you expect to happen with this experiment not just go out and find what would happen but what do you think it’s gonna happen?

People often say: “If I show this feature to people 45% of them will raise their hands and give me a check”. Ok, now let’s go out and test it! So what happened?

La réponse est simple – No one liked it! That’s not a failure. That actually saved you 6 months of developing. We are actually gonna enumerate what those key characteristics of this test will be, take that data and use it to modify our hypothesis. Some of the biggest mistakes entrepreneurs are making creating MVPs is thinking that they have any connection with a finished product. It would be nice if MVPs were dragging you towards incremental accomplishing of the product. But taking left and right turns cheaper and expensively is equally good. So, again the biggest trap is falling into an illusion that code has to match with architectural features that would be later on. What you ‘re trying to do is maximizing the learning!

Try walking in their shoes

Identifying your target audience is one of the most important steps towards a successful business. So, if you are running a business without knowing your ideal customer’s profile, how do you expect to actually grow your business and bring actual value and revenue to your company?

Eric Ries notes that Zappos founder Nick Swinmurn started by testing the hypothesis that customers were willing to buy shoes online. Instead of building a website and a large database of footwear, Swinmurn approached local shoe stores. He took pictures of their inventory, posted them online, bought the shoes from the stores at full price, and sold them directly to customers. if they purchased the shoe through his website. Swinmurn deduced that customer demand was present, and Zappos would eventually grow into a billion dollar business.

The difference lies in execution

When you are first launching an MVP/prototype, you really have zero ideas of how the target market will react or who your early adopters will be. You may think that you have an understanding of your user base, but the truth is that you probably have no clue.

It really does not matter how much market research you’ve done. Those customers whose doors you’ve knocked on about a hypothetical product tend to disappear once you ask for a check. This inability to forecast the future accurately has paved the way for “the pivot.”

The Beauty of Agile

Startups think about or should be thinking about risk in a very different way than large corporations. If you ‘re thinking about the risk in the same way as IBM or Microsoft, or Facebook or Google, you’re missing a major opportunity to be Agile!

The large corporations have thousands or tens of thousands of shareholders and public company rules and regulations and laws that they have to follow. In a startup, it’s You and your board and a very limited number of shareholders. And if you share with your board the risks of doing an extra mile they might go swing for the fences. Let’s see if we can get the law change, let’s see if we can get the sufficient number of customers, and let see what can happen between now and when the law changes. And, in fact, that’s an opportunity for you, not the problem!

If only you’re doing is paying attention to everything your lawyers are saying you’re gonna be making mistake cause lawyers most often don’t run startups! Neither do accountants. YOU run a startup! Crazy people run startups! And I’m not suggesting you consciously break the law for the point of breaking the law, but you might say that here’s hiding a new technology or something else…

The beauty of technology is that it allows for rapid iterations based on actual data, which allows you to respond to your user base. And a responsive mindset can drive engagement. We aren’t in the business of building board games that have long shelf lives and even longer update cycles. Facebook has a very mature product that is constantly iterating not only to introduce new features but if a ton of people is griping about the latest version, that means they are engaged and using Facebook. Believe me, this is by design. 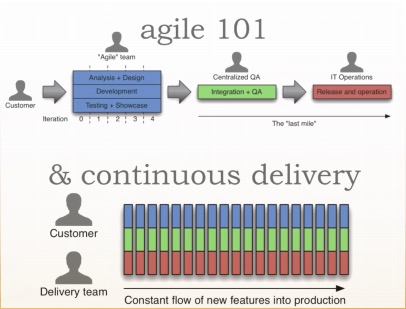 People get bored of the same thing

In this highly-competitive world, the only thing that can really increase engagement is a rapid iteration. Divide your development schedule into about a dozen iteration of 1 to 3 weeks in length. One week is the best choice even though it seems very short. Have an iteration planning meeting at the beginning of each iteration to plan out what will be done. If it looks like you will not finish all of your tasks then call another iteration planning meeting, re-estimate and remove some of the tasks.

In case you have experience with Minimum Viable Product or already have implemented this strategy into your startup, there will be another article where we will dig deeper into Customer Discovery and further optimization of MVP process. This will give you further insight and some practical guidelines that will help you increase your business.

If you have any questions, I will be more than happy to answer them, just drop me a comment below.

When creating a Minimum Viable Product there are a few specific qualities you should seek ...

Tips and Tricks for Building ...

The number of people who prefer the freedom of working remotely is on the increase. ...