Which MVP type should you be using depends on your particular product or a service. Hopefully, by now, you are all familiar with the term MVP and why should you be using MVP in validating our ideas. Now, let’s talk about MVP types and how to use them.

In the sea of MVP types it’s sometimes hard to swim. First, let’s group them a bit.

#1 Fake it before you make it

A Wizard of Oz MVP type, sometimes called Manual-first MVP or Flintstoning MVP, is a great way to test a startup that provides services of any kind.

The basic principle behind the Wizard Of Oz MVP is creating a picture of a fully functional product, while using manpower to deliver the finished solution. While your product seems full-featured from the outside, you’re behind the scenes pulling all the strings. This MVP type lets you work directly with your clients and analyze their behaviors and preferences.

This approach is usually low-cost and it helps you create amazing effective prototypes fast. It can help you test the market response to your product without actually building anything.

Groupon – a platform that connects billions of people and processes thousands of transactions every day, has modest beginnings. Andrew Mason founded of Groupon, started with a simple WordPress site where he posted deals for a local pizza shop each day. He generated PDFs manually as he received orders and emailed them via his own personal email. All of the work has being done manually with the help of third-party resources.

Other companies that are well known for using this MVP type are Zappos, Aardvark, and CardMunch.

Neither of these companies had any technology or algorithm working behind their products.

They all just faked it.

To the end users, the products delivered exactly what they promised. A bit slow perhaps, but the value was there.

The Concierge approach is similar to Wizard Of Oz MVP, in terms of faking the process. The difference is that with Concierge there is no technology involved. The concierge is an MVP type where you manually guide your user through the solution to a problem.

In order to understand how wrong your product can potentially be, you need to walk with your customer through the problem/solution stages. There is no better way of doing this than using the concierge technique.

The company that is best known for using this MVP type is Food on the Table. 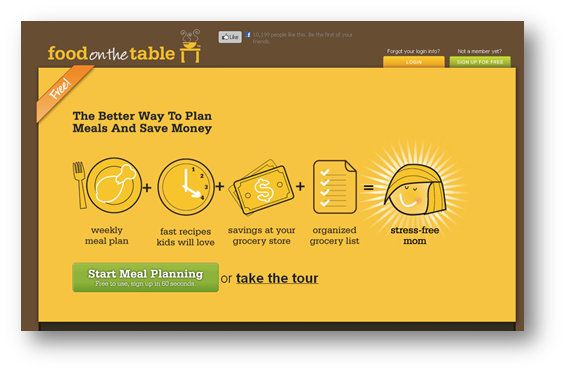 Food on the Table is a grocery shopping service that figures out what you like to eat, then compiles a shopping list for a specific stores that will save you money. Their concierge MVP involved the founder personally scrounging coupons and compiling shopping lists for their early customers.

The point of the concierge MVP type, as with the most MVP’s, is to maximize learning and minimize the risk of developing a crappy product.

The idea behind piecemeal MVP type is to use existing tools and solutions to deliver your product or service. It is another smart way to introduce a product to customers by investing a minimum amount of money (or even nothing) in a product.

A piecemeal MVP literally consists of components from multiple sources which you are putting together to create a foundation for your product.

The ideal example of Piecemeal MVP type is BJ Fogg’s Website which I am going to explain in details in my future blog post, along with other MVP types from this group. So, stay tuned!

Oh yes, it also drove hundreds of thousands of people to their website and made their beta waiting list 70,000 people bigger overnight.

It was targeted at the community of technology early adopters and Drew narrates the video personally. The idea was to validate if the customers really “want” the product because they said so in a focus group, or because they signed up for real.

This simple video illustrated their idea. It explains how the technology is meant to work and what are the benefits for users.

The main advantage of this MVP type is that full functionality of a product may be clearly demonstrated in just a couple of minutes. It is much cheaper than launching the development. So, why wouldn’t you do it?

How can a Landing Page be an MVP type? Let’s make this clear trough Buffer app example.

Buffer is an app that allows you to schedule your posts on social media and share your content at the best possible times throughout the day.

Before building it, Buffer’s founder Joel Gascoigne, wanted to see if anyone would want to use it.

He created a simple landing page that was describing what Buffer “did.” If people were interested, they could click the Plans and Pricing button.

Once they show their interest by clicking the action button they would get to the next page that said “Hello! You caught us before we’re ready leave your email address and we’ll let you know when we’re ready.”

The thing is Joel hadn’t actually started developing Buffer yet. He tweeted out the page, people came, and some even left their email addresses. That was a good signal.

The next question he needed to answer was will people pay for it? He updated his landing page three Plans & Pricing options: Free, $5/mo, $20/mo. The answer was “yes” — enough people were clicking on paid options.

Now it was time to build a simple, minimum feature set that he could get out there in under a week. Shortly after, Buffer had 500 users and was already generating revenue from the paying customers.

He could invest some serious time and money to build the actual product first. Instead, he decided to test key assumptions about his customers beforehand.

How can you use content marketing as MVP kind-a-thing for your business?

Well, I’m sure you didn’t know this but a large number of early stage businesses have a content marketing strategy in place form day one. Why? Because that’s the MVP they can Plan, Manage and Optimize well without any budget.

Blog as a type has a benefit of not seeking to improve one channel in isolation. Instead, it gives a multi-channel lifecycle engagement strategy, unifying all your digital marketing communications to support customer acquisition, retention, and growth goals. The most important thing when you’re not big enough, is to afford yourself sneak-peak at vanity metrics.

Have you heard of Tim Ferriss, the author and the human guinea pig? When Tim wrote his first book he wanted to title it Broadband and White Sand. What do you think of the title?

As you can imagine, his publisher pushed back, and then Tim pushed back. To end the stalemate, the publisher suggested they run few Facebook ads to test titles.

The winner — The 4-Hour Work Week: Escape 9-5, Live Anywhere, and Join the New Rich — was not Tim’s favorite. But he can hardly argue with the results.

If you though that Landing Pages are awesome to validate if people are interested in your product before building it, you will be thrilled to hear this:

This MVP type can get people pay for your product before you build it.

Let me introduce you to the mighty KickStarter, global crowdfunding platform focused on creativity.The company’s stated mission is to “help bring creative projects to life”. Kickstarter has reportedly received more than $1.9 billion in pledges from 9.4 million backers to fund 257,000 creative projects.A great example is Pebble, an e-paper watch for smartphones, which raised the largest Kickstarter funding of over $10M!

On the other side, Bounce used an open source Kickstarter platform called Selfstarter, which allowed them to A/B test different price points.

Knowing how much money (exactly) will potential customers pay, tells you how much money you will make. It also tells you whether you are building a business or a just a hobby. Before you build it.

Not only will you validate if customers want to buy your product, but you will also raise money and get a tribe of early adopters and fans.

Since crowdfunding, like any other MVP type, will not work for just any type of product, I recommend you to take a look at Kickstarter’s 10 Biggest Success Stories and figure out whether this MVP type (approach) is right for you.

As Godfather of Product management Steve Blank says, it is crucial to get out of the building. Go and talk to your potential customers. As much as you can!

If you do not feel like landing page is the best way to try to sell them a product before it is made, try to sign them up in a less scalable way that allows you the benefit of seeing their reactions first hand.

Once you start to read the “about us” sections of a successful applications, you will find that many emphasize their first mistake was they made too many features.

In their Signal To Noise post, blog 37 Signals points out the value of simplicity:

The key is to restate any hard problem that requires a lot of software into a simple problem that requires much less. You may not be solving exactly the same problem but that’s alright. Solving 80% of the original problem for 20% of the effort is a major win. The original problem is almost never so bad that it’s worth five times the effort to solve it.

You can’t be everything to everybody.

Some of the most successful applications started out with a simple feature. Like Google and Dropbox. In fact, these two remain relatively the same since their launched.

The point that this MVP type wants to say to you, dear reader, is that if you can’t find that one killer feature that can stand on its own, adding more features will not make the product any better.

Back in 2004, Facebook had no news feed and no timeline. Integrated apps were sci-fi. You could have a simple profile and a great opportunity to get connected with your group-mates. That one feature was enough to get a remarkable boost and turn a small project into one of the largest public tech companies in history.

Very often you are not able to test all your assumptions with a single MVP. Do not build a complex system to test them all. Instead, build two separate MVPs.

What Is Your MVP Type?

The biggest risk most startups face is making something nobody wants. In order to learn effectively about your customers, you have to launch your product fast. Always try to put your MVP in users hands and get real feedback as soon as possible.

Don’t get yourself in a building trap, instead:

And always keep in mind that with the right MVP type, you give yourself room to fail without breaking the bank. The goal is maximizing learning with minimal effort. What are you waiting for?

Blockchain Use Cases in 2022

Blockchain is touted as a game-changer technology. However, without blockchain use cases in the industry, ...

The Customer Feedback Guide: How ...

In order to successfully launch a product you need to understand what exactly your audience ...