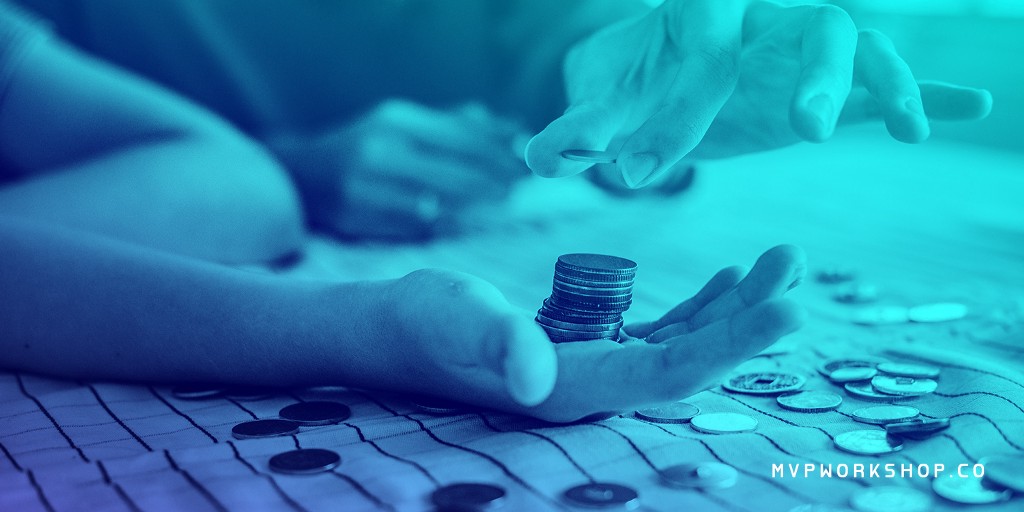 Blockchain, the story of Business Tokenization and Liquidity

Written by Marija M. Altman
Approximately two years ago a friend told me he’d invest a small amount of money in bitcoin, and he was curious whether he’s on the right track with the investment so he asked what I thought of it as an economist. It was wintertime and I was worried that he had caught some gambling problems instead of a cold. For me speculation was a “bad word” and I didn’t have a good opinion about anything in connection with it (not even the tech that was making it possible).

Since then, I’ve got familiar with some concepts such as securitization, and my opinion about blockchain changed 180 degrees. Too late for my friend though, cause money invested two years ago was still lost/locked somewhere in the asset that’s not worth half of the investment and will probably never return (talk about no liquidity!). To me, liquidity is too important, and this is not a surprise when you consider statistics that say women tend to love security, while men are riskier. Then again, no risk, no extra profit. So you got to choose wisely! Liquidity can be defined as the ability to exchange assets without causing drastic fluctuations in the prices. The value of assets with less liquidity rises faster than the value of more liquid ones. When assets are traded more rapidly their prices are more accurate and more stable. Real-time trading has become predominant and the general volatility of the market has increased — this means that small changes can have enormous effects. However, Matt Ward author of the text “Why blockchain liquidity is a bad thing…” makes a reasonable statement — “I worry about the unintended consequences of early liquidity, however. When founders, investors, and advisors can jump ship the moment tokens hit the open market, what holds teams (and networks) together? Why not sell when the going gets tough?” So basically, there is the trade-off between liquidity and growth on the long-term bases. The big problem is that investors can and probably will double their money and cash out immediately after an ICO. The solution to this problem is still a thing to work on. Liquidity is not only the ability to turn an asset into cash; it is one of the keys to a successful business, it is a sign of company health, it is one of the main ratios watched through the investment processes and the whole company life. Tokenizing can reduce the illiquidity discount by reducing frictions. But first things first!

Blockchain technology has a way to make a simple automated transfer of ownership, a way to get, exchange, trade, and withdraw capital extremely fast. The biggest challenge is to do all this in coordination with regulations, i.e. laws that make the market a market and not a “wild, wild west”.

Private securities have the tendency to be illiquid comparing to the public, as a matter of fact, there’s an “illiquidity discount” here. It means that a share of stock in a private company has a lower value than the share of public stock. A share of stock traded on an exchange has greater value because of lower frictions — more market participants — less price impact. Illiquidity discount can go to 20–30%. So basically tokenization can be a way of earning 20–30% more by using the advantage of higher liquidity, at the same time this will be your opportunity cost if you do not use it. But why securitization is so important?

Tokenized business can empower a firm into a high liquid organization, however, it only makes sense with securitization. Securitization is that one thing that makes tokenization process a reasonable thing to do, especially in case of new start-ups, young companies, that don’t have a system they’re already used to. As Preston Byrne said in his article On token liquidity:

“When we speak of “tokenizing an asset” and somehow managing to avoid the expense of documenting the legal relationship or full compliance with, say, securities law, we’re not actually creating an asset. We’re creating a problem.”

Securitization is a process where one liquid asset is pooled with many others like it, so you get an easily tradable asset, all this in coordination with regulative. It means that contractual debt has some guaranteed fixed-income and it’s not exclusively dependable on how much someone is or is not ready to pay for the asset. Or more precisely explained in Wikipedia — “Securitization is the financial practice of pooling various types of contractual debt and selling their related cash flows to third-party investors as securities, which may be described as bonds, pass-through securities, or collateralized debt obligations (CDOs).” Following this logic, security tokens create liquidity and remain cost effective by eliminating middlemen and administrative expenses. Since tokenization per se doesn’t provide legal repercussions, its real benefits are dependable on the securitization. That said, we should know the difference between two types of tokens — “utility token” and “investment token”.

“Utility token” is a token that is consumed in an application, it‘s where the value of a token is based on pure speculation, such as Bitcoin. “Investment token” on the other side is a token that we use to digitize relationship between a token holder and a person trading something with them. The crucial thing is that the relationship is strongly defined and obligations have to be fulfilled — this can even be enforced by the court. Obviously, “utility token” gives a false liquidity picture because they are sold on unregulated markets. On the other hand, an “investment token” is an actual investment. Tokenization brings many opportunities such as assets managed directly by the owner — decentralization of audit and decision-making, greater interaction between system components through an open API, and it’s using cryptography to manage accounts. Example of traditional asset tokenization is the Blockchain Capital. It’s expectable that traditional assets will be tokenized in order to not lose the liquidity premium, since venture capital is invested in illiquid securities, and it is locked up for a longer period of time. When it comes to traditional assets, there are a couple of sources of value — price appreciation, buybacks, dividends, and other like the Bancor protocol. Price appreciation comes from the usage of the token. The higher usage of a token brings higher liquidity. The second way of ensuring liquidity is a buyback. A company is buying her own shares, or in this case tokens, in order to maintain liquidity. Dividends are a rare way for returning the value to the investors, because of the obstacles in the regulatory system. The Bancor protocol determines the price of a token and brings liquidity by it. It means that startups use the Bancor protocol to determine the price of their tokens rather than relying on an exchange to balance it. This protocol uses smart contract technology. From all this grew a need for a trading platform that will make the trading of security tokens efficient. There’s no doubt that many obstacles have to be surpassed to create an adequate atmosphere and surrounding, but with the right team and law advisors, blockchain startups can become a profitable reality.

OpenFinance Network has launched the first trading platform for digital alternative assets, making the trading of security tokens efficient, and allowing companies to raise their own liquidity. One of the biggest tradable security tokens in the OpenFinance Network is definitely Blockchain Capital (also known as BCAP) which is completely focused on digital assets in a form of a tokenized venture funding. When it comes to STOs, BCAP spearheaded the market and it relies on Securitize’s, DS (digital securities) protocol. The main benefit that the DS protocol introduced is the global trade of digital securities in a compliant manner. To quote Carlos Doming, the Co-Founder and CEO of Securitize:

“Security tokens, or digital securities, will only begin to make a meaningful contribution to the financial landscape when compliant trading can take place on a wide scale. We are proud to have partnered with OpenFinance Network to make this a reality.”

Besides OpenFinance there are more companies in the security token exchange market, such as — Coinbase, BinktoTheFuture, tZero etc.

Although liquidity is coming, it is not here yet, there are some challenges still waiting to be won. Technology is evolving much more quickly than regulations. The fact is that, when technology comes on the scene, we have to adapt many things before we see and use its full potential. When tech is new it means we need new structures, new labor (or the same one but more educated about the innovation), on top of everything we need new regulations (and we all know how “fast” new regulations are made). Not to mention managing problem! Let’s face it, years will pass until something new is fully adopted. However, in the case of the tokenization, some first changes are already evident in the case of gold trade (Digix) and real estate (Rex). The second problem with the tokenization grew from the fact that many people are involved in owning one asset so monitoring and maintenance become uneconomic. The real challenge is to make a solution that will make it possible to govern and manage all those tokenized assets since there will be so many owners. Liquidity is relatively low if the token is not traded. More trade brings more liquidity. A higher number of market participants brings more trade. All that is possible with tokenization, but it’s an ever-changing climate that we’ll have to catch up with. Tokenization brings a wide array of new opportunities to the market, especially for the companies and venture capitalists — maybe dividend payments will mostly be in ETH or BTC someday? Currently, everything is heading toward a direction where ERC20 tokens will have a crucial influence on the market and the value of the blockchain network itself. This article is part of our blockchain awareness posts where we try to help newcomers and businesses interested in blockchain use cases enter the space more easily. Follow us and subscribe for more upcoming articles such as this one, and feel free to join the conversation on Twitter and LinkedIn. For free business consultation about how blockchain can impact and change your business model, or anything else related to the technology — get in touch with us. Also, don’t forget to check out our Business Decentralization (PDF) canvas and let us know your thoughts on it.

Blockchain, the story of Business Tokenization and Liquidity was originally published in MVP Workshop on Medium, where people are continuing the conversation by highlighting and responding to this story.

One of the most important thing in two sided marketplace is to build up a trust! Have you ever played The game of trust? Tough ...

MVP Workshop Featured in a Research About Blockchain Development

Recently, MVP Workshop was featured in the Blockchain development research conducted by Roq Crypto, a marketing agency based in London. First of all, we want ...