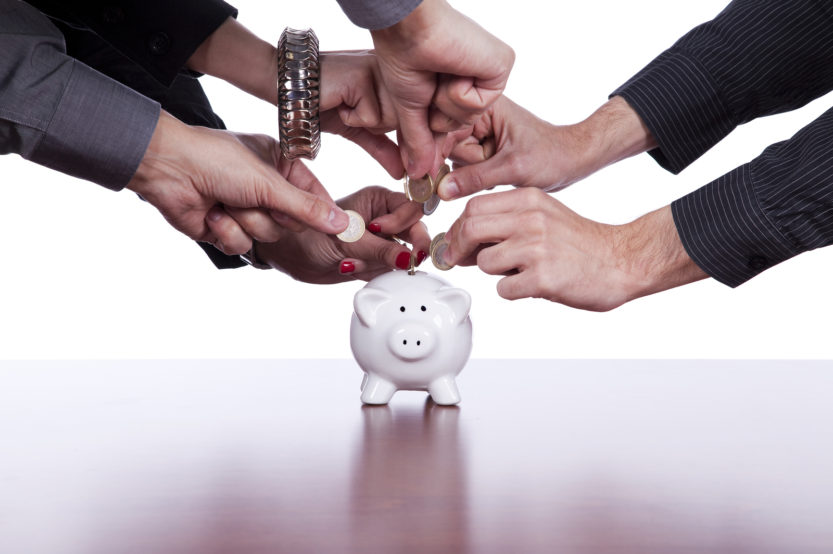 You wake up in one morning with a perfectly simple, failure proof startup idea. You want to invest $20,000 and you are sure that down the road you will be able to sell the business for $60,000 at least. Thinking about this you decide to calculate how much you earned and get a VC (venture capital) investment.

You’ve calculated your project exit multiple on a napkin and told your VC friend about it.

But he declines to fund it and leave you completely baffled.

Table of Contents hide
1. If you’re an entrepreneur making the rounds visiting VCs for the first time this is how it usually goes.
2. Why is that?
3. So why should you care as a startup founder?
4. Funded startups tend to have a 75% failure rate.
5. So, what should you do if your idea is going to net an IRR under 30%?

If you’re an entrepreneur making the rounds visiting VCs for the first time this is how it usually goes.

While at first glance your business seems like a good investment with a positive outcome, it has a really bad IRR.

IRR (Internal Rate Of Return) is an annualized rate that would have discounted all payouts throughout the life of an investment to a value that equals the initial investment amount.

Most of the Venture Capital people use IRR for calculating the investment performance. This has to do with the very peculiar cash flow patterns between the VC funds and their investors.

Unlike liquid investment vehicles, such as mutual funds or bonds, people who agree to invest in the PE/VC funds, called Limited Partners (LPs), sign contracts with the funds that would lock up the capital to more than 5 years.

It is expected that during the first 3–4 years, sometimes longer, the investment will not show positive returns, especially in early-stage venture investments. Committed capital during the initial 3–4 years is naturally at the opportunity of loss.

Good VC funds yield an average of 20~30%. This range of return seems much higher than stocks and bonds. However, since investing in startups means investing in unproven products and services, the risk associated with Venture Capital is much higher.

In addition to it all, investments in VC funds are illiquid and the distribution of the returns is historically highly skewed to the left, with a fat tail on the extreme right. All of these contributed to the historically high required rate of return, often stylized to be 30%.

According to this study, most peak IRR multiples actually happened very early in the fund life.

Smaller funds, where general partners contributed at least 5% of the fund’s capital, tended to be more aligned with the returns goals of limited partners.

The report did not paint venture capital in a favorable light, arguing that limited partners should reduce their allocation to venture capital or invest only with a small selection of top-performing firms that have extensive track records. If you read Peter Thiel’s “Zero to One” you will see a similar train of thought.

There is very little data on this. VC funds don’t need to make their returns public, unlike mutual funds, and especially the smaller ones. The costs of running a VC fund tend to be high and hence the IRR tends to be low in smaller VC funds.

But the math for ‘success’ is worse because it turns out, returns are very bimodal at almost all VC firms across their partnerships. In other words, most VC firms have just 1 or 2 partners that drive the vast majority of the returns.

So why should you care as a startup founder?

Since the investment partners come to VC funds expecting to make a 30% return, managers of a VC fund will not make investments that yield an expected return lower than 30%.

There simply is no opportunity for them to win in that game.

Let’s use simple math and logic. Let’s say that 30% annual return would mean more than doubling the investment value in 3 years. Does this mean that VC funds will invest in a startup that projects to make a 2X cash-on-cash return in 3 years upon exit?

Because it’s possible that you will fail. Let’s see your chances.

Funded startups tend to have a 75% failure rate.

What is the expected value of this investment then, given an unbiased projection of 26% in the Base case?

So instead of generating the positive 26% IRR in the projection, the expected IRR is –16.2%.

This means that if a startup projects to make a 2X return in 3 years, most likely no VC will invest in it. More often than not that 2X return won’t happen due to all the risks involved. And if the VC invests in 20 such investments it will not reach the desired IRR of 30%.
VCs should invest in companies that project a 10X or 20X return for this round of equity investment.

Although the startup here still has a 75% chance of failure the possible return outweighs the losses by far. So, investing in multiple companies like this one yield greater returns.

The return rates and risk tolerance might also vary based on your geographic location.
This is where we get to the biggest difference in startup approaches in Europe and the United States. A single question embodies it all: revenue first or growth first?

US startups compete in a giant local market and need a high degree of market penetration in order to gain a competitive advantage over potential imitators. Hence, growth and traction are the main success factors as seen by both investors and startup founders.
The issue with this approach is that it focuses on the main energy source of startups – which is revenue is postponed until a huge user base is created or funds are running out.

To the credit of Europe’s startup ecosystem, generating revenue is the only way to prove that the business has created something that people would pay for and hence, proves product-market-fit.
But, this is also a reason why European startups have a much different situation when it comes to KPIs and why it is fairly common for European VCs to ask for revenue-based milestones.

With less later-stage funding available, startups in Europe can’t spend massively on growth but need to generate revenue earlier in order to stay alive.
I believe that there is a great chance here in Serbia to give local startups the resources to dominate other European competitors and solve the bottleneck of growth-stage funding.

So, what should you do if your idea is going to net an IRR under 30%?

Personally, I think you should find a better idea!

A Manifesto is an idea which has its own dynamic and its own pace! It provides specific ideas, but there is a deeper theme that ...

MVP Workshop Featured in a Research About Blockchain Development

Recently, MVP Workshop was featured in the Blockchain development research conducted by Roq Crypto, a marketing agency based in London. First of all, we want ...