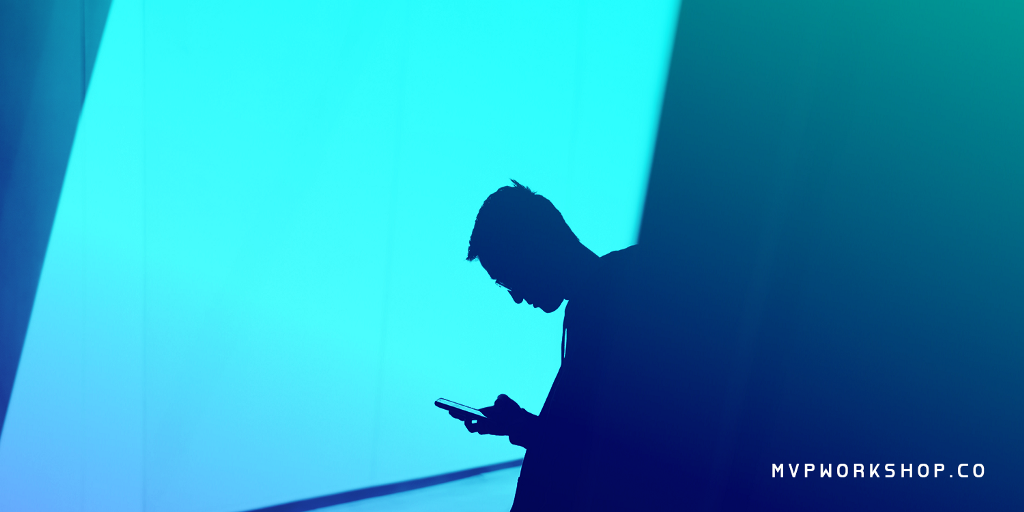 This Month in Blockchain – February 2019

February may be the shortest month but the blockchain industry doesn’t seem to care about that, as its disruptive power travels close to the speed of light, resolving issues along the way. In January, we witnessed a couple of interesting projects, as well as several blockchain-related events. February brought about new challenges and interesting ideas in the blockchain space that the MVP Workshop team studied closely during the past four weeks. Let’s review the articles that made some noise among blockchain aficionados in February. Read on!

Blockchain in Enterprise: How Companies are Using Blockchain Today by Ashley Lannquist

To start with, we are sharing this amazing piece by Ashley Lannquist discussing the current state of affairs in the thriving relationship between enterprise and the blockchain technology. She starts by giving an overview of blockchain’s level of incorporation in the industry and then breaks down the involvement into specific fields, such as financial services, automobile industry, aviation, shipping, telecom, IoT, and retail. Lannquist continues her discussion by laying out some of the challenges that blockchain has stumbled upon in its enterprise inclusion process. The piece ends on a positive note, with Lannquist expressing her expectations for the future of blockchain.

Summing up things from a previous year sometimes takes time, especially when it comes to complex fields such as the blockchain industry and ICOs. ICObench is the most popular platform that focuses on Initial Coin Offerings and offers detailed overviews of the newest projects, as well as opinions by leading ICO specialists. The site published a quarterly analysis for Q4 2018, sharing valuable insights regarding this area of blockchain and crypto spaces. They break it down to aggregate statistics, monthly statistics, geographical statistics, industries statistics, and rating statistics. You don’t have to be a connoisseur of the blockchain technology and ICOs to understand that the year of 2018 was a real ICO popularity rollercoaster — figures featured in this analysis only confirm that.

Jbeezy shared his thoughts about Facebook flirting with the blockchain technology and expressed his feelings regarding the latest steps taken by Zuckerberg and friends in the blockchain space. His text is an overview of how Facebook treats data and privacy, and how their future endeavors could have consequences that would be frowned upon. With morality being of utmost importance, Jbeezy goes one step further and suggests “digital data unions” that could help us keep track of all of our data on the web.

Evgeny Ponomarev, a co-founder of Fluence.network, published results of a research conducted by his company that takes a deep dive into the world of DApps and their position on the market. Contrary to the popular belief, developers didn’t list scalability as the main obstacle in the process of creating and improving DApps. In fact, the major problem was a limited number of users, and, above all, poor user experience. What makes this research stand out is its comprehensiveness, as well as a pragmatic approach resulting in concrete solutions to the problems identified in the article.

93% of Ethereum Dapps Had Zero Transactions Today by Christina Comben

Christina Comben from Bitcoinist shared some interesting points of view in this reality-check article that may break the wings of those high-flying yaysayers who believe in dApps to the point of delusion. In reality, the figures are a bit different, which means that under the hype layer there’s still a lot of work to be done in order to bring dApps closer to users.

Blockchain from the Block by Netokracija

Things are getting pretty interesting in the Balkans as hundreds of IT professionals opt to devote their careers to blockchain. Therefore, Netokracija decided to start the first Balkan blockchain-related podcast. If you don’t feel like using Google translate to read the article that accompanies the first episode, just scroll down to the conclusion and enjoy a great discussion about blockchain startups.

A Timeline of Blockchain Development in Australia (So Far) by ConsenSys

ConsenSys published this detailed overview that starts with 2016 and Australia’s first effort made to incorporate blockchain into all relevant fields. However, the piece also includes a discussion about the future of the blockchain technology in the Land Down Under, which seems to be very bright.

DeFi Project Highlights from the ETHDenver Hackathon by Matteo Leibowitz

Matteo Leibowitz, an author at The Block, covered ETHDenver hackathon — the biggest Ethereum conference and hackathon in the US, hosting more than 2,000 entrepreneurs, developers, and enthusiasts. Leibowitz covered some of the highlights of this conference, including Safe CDP, Universal Wallet, ETH This Then That, zDai, and Delfi (DeFi).

IBM recognized a problem that has been troubling our society for almost two millennia — money transactions. These are not only costly but also very slow, especially when sent over the border. With their Blockchain World Wire, they plan to revolutionize cross-border payments by offering a solution that would simultaneously process messaging, clearing, and settlement. Naturally, this ambitious project is based on digital currencies and the blockchain technology.

What Are the Hot News in Blockchain for February 2019?

The section below covers important pieces of news in the blockchain space for the previous month. Let’s take a look.

Anisha Pindoria from Azure DevOps announced on an official DevOps blog that they have released “DevOps for Blockchain Smart Contracts.” She acknowledged somewhat worrisome questions regarding DevOps and the blockchain technology by listing the most common ones, all of which have been answered in the whitepaper complemented by an implementation guide.

w3i announced the launch of the Web3Infra Alliance — an open developer platform that supports Web 3.0 applications and is based on shared economy and decentralization. This alliance was founded by four projects that currently focus on the blockchain technology; those are Bluzelle, NKN, NOIA Network, and Portal Network.

NetCents Technology released a new piece of technology — Zero Confirmation and Risk Analysis that guarantees transactions of cryptocurrencies before the blockchain network confirms them. This NetCent’s technology will “underwrite” every approved transaction, thus reducing the delay that has been one of the pressing issues in the crypto sphere.

Pixura Platform is a toolkit aimed at non-technical users who will be able to build crypto-collectibles in a couple of clicks. Their announcement also includes a list of things you can actually build on their platform, some of them being in-game items, collectible card packs, solo artist works, and many other interesting crypto-goods.

MyEtherWallet presented MEW V5 — a new interface that improved the user experience. This is a small but significant step forward toward overall blockchain adoption. They played around with buttons, fonts, color schemes, and other stuff to adjust the interface of this Ethereum-based portal.

Oldie but Goldie — Bitcoin, Blockchain and the Future of Europe — Interviewed by Tom Upchurch for WIRED

Tom Upchurch’s lengthy interview with Yanis Varoufakis for WIRED took place on December 25, 2017 — which was the week when Bitcoin achieved the highest ever recorded price. Varoufakis shared his thoughts on the digital gold, as well as the blockchain technology. He was brave enough to call it a “perfect bubble,” but claimed that blockchain is “a remarkable solution.” Nevertheless, his primary focus is politics and people, as he expressed a certain amount of pessimism regarding technologies that aim to “change the course of history,” obviously referring to the blockchain. Do you agree with him? This article is part of our blockchain awareness posts where we try to help newcomers and people interested in this space enter it more easily. Follow us and subscribe for more upcoming articles such as this one, and feel free to join the conversation on Twitter and LinkedIn. Visit our website to learn more about the services we offer.

This Month in Blockchain - February 2019 was originally published in MVP Workshop on Medium, where people are continuing the conversation by highlighting and responding to this story.

The global economy has been in the process of digitalization since the 1960s. Previous digital ...

Blockchain 2019 resolution: Keep it real and show me the money

Let’s be honest, Blockchain has a branding issue, and all the buzz and speculation around ...

Tokenizing Real-Estate: What Are the Benefits, Pitfalls, and Misconceptions of Tokenizing Assets?

The real estate market is very complex. The reason for this is that there are ...