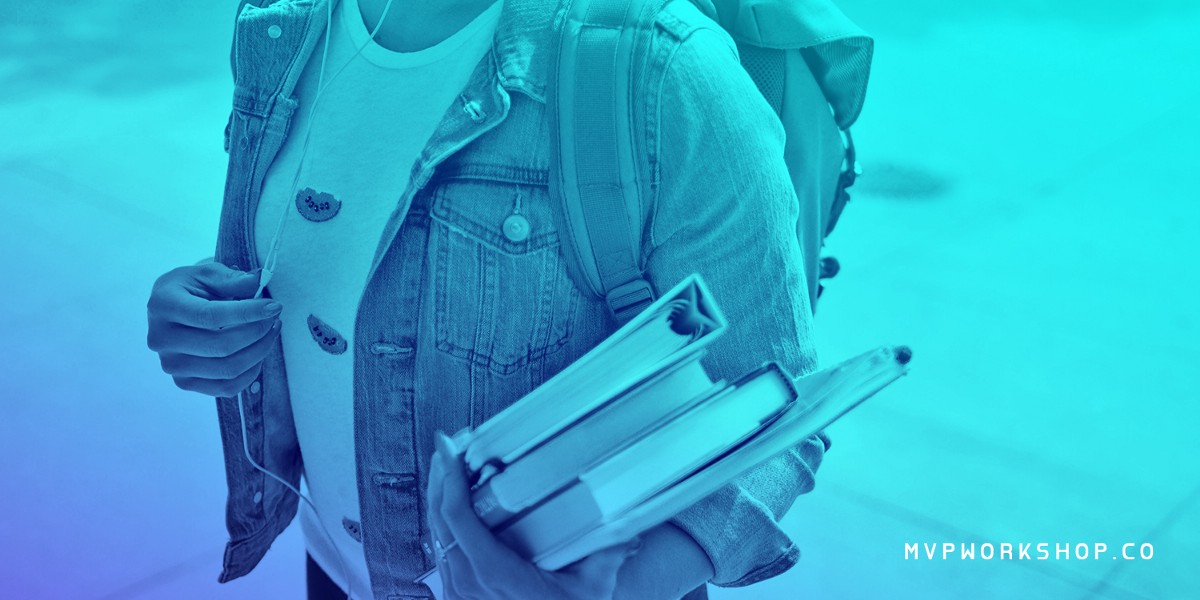 This quote from Mahatma Gandhi is one of my favorite quotes and it may be something that everyone should live by. In a world of a constant, fast-paced change to keep up with everything we need to adapt and learn new things every day. We start our learning journey the moment we start breathing and as we grow, we go to primary school, high school, and afterward, we are pursuing college and higher education. However, as we are growing, the world is changing and technology is evolving, especially in the last few decades with the rise of the internet. It’s hard to imagine not having an online presence today but three decades ago, it was quite the opposite. The education was conducted mostly in schools with homeschooling exceptions. Nevertheless, I bet it was very hard to imagine that your homeschooling tutor could be thousands of kilometers away and still conduct a session with you at the scheduled time. Today, online learning has become a completely natural way of studying which many universities and colleges adopted as an education format. Many online-only schools arose in the meanwhile, and on top of everything, we have quite a few fantastic knowledge databases today which can be found on the web. Depending on the choices we make when it comes to our education, we also, intentionally or inadvertently, become a part of an educational system. There are quite a few established educational systems in the world today and they mostly depend on the country we live in and the culture we are a part of. No educational system is perfect, though, of course. We will, probably at some point in our studies and exams, experience, witness, or hear about injustice, fake certificates, fraud, cheating, corruption etc. With the rise of an online-education and the education clearly becoming more democratized and diversified, it becomes increasingly important for all educational institutions and schools to implement a powerful tamper-proof system. To prevent the issuing of fake certificates and badges and to have a secure online database of credentials and achievements. And what if we could also have shared repositories of certification? That sounds really neat. Now that the stage is set, let’s check out a possible solution to these issues and how our educational system can evolve by embracing the new technologies we have at our disposal today. Enter Blockchain.

What Can Blockchain Bring to the Educational Systems?

There currently exists a great amount of fraud when it comes to educational achievements. The blockchain technology could provide an online, secure, distributed, tamper-proof database for storing certificates, badges, achievements, and qualifications. This data could be open to everyone to view and the system would guarantee the validity of the certification. It could be applied to individual schools, at an institutional level, and even a national or international level. As an answer to fake certificates and false resumes, Holberton School in San Francisco became the first school in the world to store and issue their certificates by using a blockchain system. The school uses the Bitcoin blockchain making the certificates’ content completely sealed and tamper-proof. Besides a paper certificate, every graduate also receives a digital certificate number (DCN). When applying for apprenticeship or job, every graduate can include their DCN in their resume so that their potential future employer can verify the certificate’s validity. Not long after the Holberton School’s example, MIT Media Lab revealed the code behind their project for creating, sharing, verifying, and issuing certificates, all by using the Bitcoin blockchain. They published an extensive and detailed article, explaining the whole process that occurs behind-the-scenes of their project and encouraging further discussion and experiments. Today, the platform evolved into Blockcerts and it’s already used by hundreds of organizations and educational institutions. If you’re in doubt of why Blockcerts should be used and how individuals can benefit from it, make sure to read this article. Following their footsteps, Sony teamed up with IBM to create a blockchain cloud-based educational platform for securely storing and sharing student records. The platform was developed by using the IBM Blockchain and the whole system is run on the IBM cloud which is powered by Hyperledger Fabric 1.0. With this solution, students’ educational data is guaranteed to be tamper-proof, it’s safely stored, and it’s shared between the schools that are using the platform. It’s accessible at any time by the permission administrators and potential employers who can now validate any achievement or certificate coming from an applicant. With countless schools that a student can attend today in person or online, in their birth-city or another one, in their native country or a foreign one, it becomes essential to possess a valid way of proving their certifications and qualifications. The paper certificate can be lost (especially in case of refugees), it’s subject to fraud, and having a digital one which guarantees validity becomes a necessity.

“Blockchain offers a new approach to how the life history of data related to a person, place or thing is shared and managed. In effect, data tracked on a blockchain becomes a single source of truth” — words coming from Yoshiki Minowa, the Vice President, Partner — Cognitive Process Transformation, Global Business Services, IBM Japan.

Woolf is a startup whose primary goal is to build a borderless university. The startup aims to revolutionize education and it was formed by Oxford professors. They created an educational platform by using the blockchain technology to ensure students’ data security and to remove any fraud possibilities. One other important issue that the platform addresses is that a student can earn a degree from a faculty that later goes out of business. The risk of the validity of that certificate exists but having the data stored securely in the blockchain removes the risk and provides validation. Also, by removing intermediaries and adding the automation, the platform cuts down the costs of the administrative procedures that are otherwise present. The check-ins used by both students and teachers execute smart contracts which provide validation of lesson attendance and the completion of an assignment. The first school on the platform is the Ambrose University which offers digital tutorials given at the Oxford University. Another great benefit that the Ambrose University introduced is the ability for students and teachers outside of EU to join the platform and acquire an EU degree.

Other Potential Application of Blockchain in Education

Open Badges is the largest badges platform, today used by thousands of educational institutions, government agencies, employers, online courses, non-profits etc. An earned Open Badge will surely end up on a candidate’s LinkedIn profile and/or CV. The platform itself enjoys a high level of reputation and trust but wouldn’t there be an even great layer of trust and security if all the badges were stored and issued entirely through the blockchain technology? Open Badges and MIT Media Lab’s aforementioned Blockcerts application working together surely sounds great, right? There have already been a few experiments with Open Badges and blockchain (OpenLearn platform) and I’m looking forward to what the future brings. Let’s not forget the gamification! The first form of learning plays which we all experience as children. Blockchain in EdTech can be used to reinforce learning by gamification and reward systems through tokens for new knowledge that is acquired or shared. And what about incentivization of educational content creation? There is a wide area that can be explored when it comes to using Blockchain to support and incentivize the creation and sharing of information or knowledge content. Knowledge creators can be rewarded for their input and the community can rate the content. Blockchain technology allows for knowledge creation and it’s used for tracking and distribution of rewards. A fantastic example can be found in the Knowledge.io platform. On the other hand, Tutellus decided to tokenize education and pay their users in tokens as a reward for learning. Tutellus offers online learning via courses and micro-lessons. Their platform is a great example of how the blockchain technology can be used to incentivize and reward learning and to track individual achievements. Typically in these projects, there is a link with employers by matching skills with labor needs. And what about a decentralized cloud storage system for colleges? Generally, colleges and universities provide a large online storage system to students for storing their data and for collaboration. The cloud storage systems that exist today are quite expensive (DropBox, Amazon Cloud) and the cost of being subscribed to them will often be put on the students. With a cloud storage system based on the blockchain technology, this cost could be significantly reduced while the files would be safely secured and 100% tamper-proof. Filecoin provides a storage system via blockchain by leasing out unused space on hard drives in computers around the world in exchange for payments in their own crypto — filecoin. An interesting fact is that in 2017, Filecoin’s ICO became one of the largest token sales in history, accumulating a total of $257 million in contributions.

Having a decentralized and secured certificates database sounds like an approach worthy of the democratized and diversified education that we have today. Many educational institutions rely only on their reputation as the proof behind the validity of their certificates. With the fast-paced changes that we experience with each new year, will it be enough? There’s no definitive answer to this but the technology that can provide a trustworthy system on top of the institution’s reputation does exist. And that technology is Blockchain. This article is part of our blockchain awareness posts where we try to help newcomers and people interested in blockchain use cases enter the space more easily. Follow us and subscribe for more upcoming articles such as this one, and feel free to join the conversation on Twitter and LinkedIn. For free business consultation about how blockchain can impact and change your business model, or anything else related to the technology — get in touch with us.

Exploring Blockchain in Education was originally published in MVP Workshop on Medium, where people are continuing the conversation by highlighting and responding to this story.

From Waterfall to Agile – Hybrid Approach

"There is no such thing as absolute value in this world. You can only estimate what a thing is worth to you."

Blockchain, the story of Business Tokenization and Liquidity

Approximately two years ago a friend told me he’d invest a small amount of money in bitcoin, and he was curious whether he’s on the ...