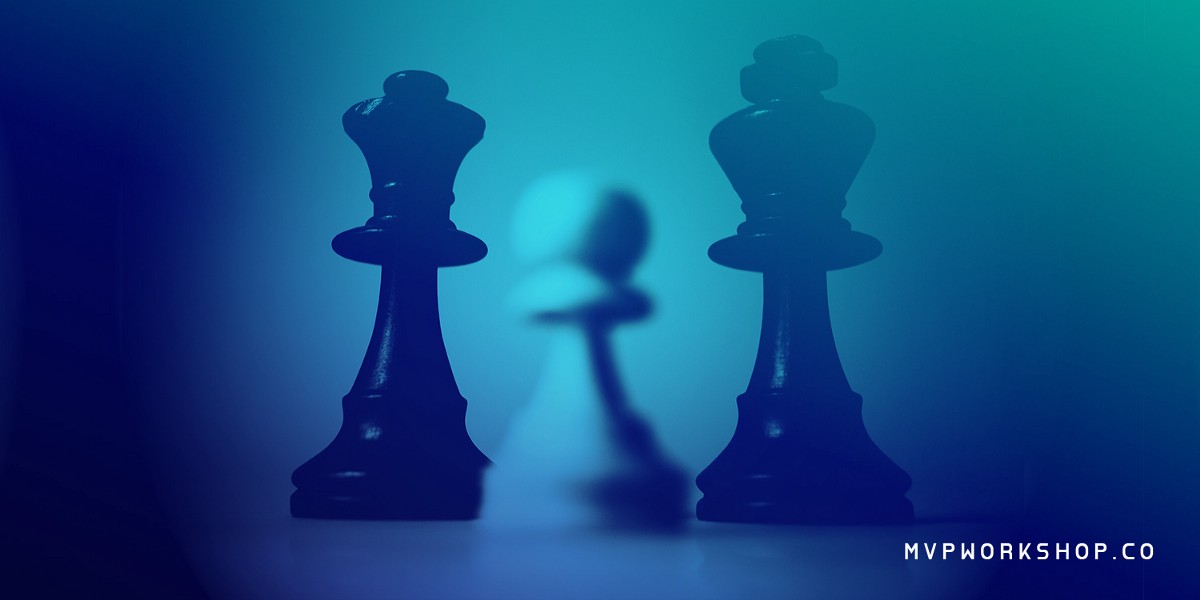 Business Decentralization and Removing the Middleman

Business decentralization is a natural process for globally oriented firms aiming for the global market. Decentralized business has certain characteristics like delegating decisions, greater efficiency, and more ideas from different sources. Managing big corporations is impossible without some kind of decentralization, even if it’s only used for adapting to the local market.

Now, think about what could be done with a decentralized network.

In terms of the blockchain, decentralization is a different thing. It marks a network that’s shared with everybody in the world, where anyone and anything can connect to it. Decentralization offers the promise of cooperating without frictions on the market. It also means that different parties can add value to each other without a middleman or authorities.

We can hear from experts that blockchain is a revolution that builds on another revolution — the invention of the database. IBM created the first database in 1970, and it changed the business world. Now we are witnessing something that could do the same for nowadays businesses.

The number of partners in a value network dictates more frictions and more transaction costs, and that’s why it’s sometimes unprofitable and inefficient for small transactions. In the case of the blockchain, that’s changed because it can support more complex formations of value networks with more stakeholders having their own interests.

The future should bring the ability to remove the middleman by supporting ”smart contracts” with conditional clauses programmed into the blockchain. It would make a contract self-enforcing, and the funds could be transferred only when the conditions of the contract are met. One of the leaders in smart contracts is definitely Ethereum, that developed a platform for crowdsourcing, voting and creating new forms of currency. The platform is completely decentralized, built entirely by utilizing the blockchain technology and smart contracts.

Also, there’s a number of projects developed to remove the middleman fee and economize the decentralized exchange process.

The key problem with the blockchain tech here is usability — decentralized apps are slower and harder to use, also, smart contracts are almost impossible to change on the fly. On the new market like this, creating new models of behavior, habits, is a very difficult task for new blockchain apps. There is a clear need for new platforms and protocols, and there already are some projects working on it.

The best approach to blockchain is slightly softer and it can be described with a sentence from Mr. Bowkett :

“It’s not going to replace relational databases. What we will see is people saying, ‘I can make a guarantee about this data’ to a regulator or a customer. That opens up whole new business opportunities. Blockchain is a good solution when there is a need for unchangeable, verifiable and shared facts.”

A perfect example and use case of how Blockchain can indeed be that piece we are currently missing is the gaming industry. A gaming company Korrobox is aiming toward having a gaming marketplace that uses the blockchain technology in order to remove the distribution costs and eliminate the payment frauds. But before diving into more details about Korrobox, let’s first take a step back and look at the big picture here.

What do all innovations that have ever been created have in common? It’s not the shiny new logo or a top-notch marketing team behind them. Also, it’s not the CEO with a vision to make this world a better place. Every new innovation that gets accepted in the world shares one thing among them — they solve a problem that currently exists!

So, what’s the problem that exists in the gaming industry? There are actually 2 problems:

Today, games are sold on various famous platforms like Google Play, App Store, Steam, etc. These platforms take around 30% game sales cut! After the licensing fee, the marketing fee, and the platform fee, Korrobox estimates that for every $20 game, a developer will earn $6. A really tiny amount it seems for someone who actually built the game and put heart and soul into it. But why don’t the developers just sell the game on their own, without the platforms acting as the middleman?

“The main reason these platforms exist is they have a huge user base, they handle payments, and they handle DRM (digital rights management).”

So, is there a solution to this problem? Korrobox says there is, and they are creating the first gaming platform without the need for a middleman. An entirely decentralized platform based on blockchain technology and smart contracts.

The biggest obstacle for game developers in having their own platform and handling their own payments is that it can become an open invitation for laundering stolen credit cards.

Having the two aforementioned problems in mind, blockchain comes as a perfect solution, which can eliminate the middleman and provide additional security. What are the other industries that this technology can be applied to? All of them! That’s the real beauty of it. By taking the gaming industry use case into account, we can see how using Blockchain can solve current problems.

In real estate, blockchain can provide help with tracking, recording, and transferring land titles, reducing the transaction costs on all sides and keeping them accurate and secure. A pioneer in this industry is Ubitquity, a real estate platform for real estate recordkeeping based entirely on blockchain and tailored specifically for financial, title, and mortgage companies.

In healthcare, the weak point here is the inability to share the data across platforms by being able to guarantee its security. The blockchain technology can jump in and provide a way for the data to be shared across hospital networks without being compromised. The Gem startup is championing their Gem Health Network, based entirely on the blockchain, thus creating universal and secure infrastructure for sharing the data.

Voting! When it comes to elections, how can we ensure that the authentication of voter’s identity is confirmed, all the records are secured, and no one tampers with the results? We could use blockchain for this! The company Follow My Vote has a mission to build a completely secure online voting platform, by using the blockchain technology and open source.

In photography, how can you protect your images from online theft? This is usually a two-click effort, despite the current systems that can be placed as a layer of security and how can you later guarantee that the image is yours? Kodak plans to launch their own KODAKOne, a blockchain image right platform, which will allow photographers to securely register their work. In addition, they plan to create their own KODAKCoin cryptocurrency, to make sure that photographers are paid fairly.

Finance is the industry that is most disruptive by blockchain, and it affects all our lives. For example, what would banking look like if we had no middleman while paying for products/services? No fees, no third party, and instead, tech itself would unite the interests of different stakeholders, in this case, the bank and a person using the ATM machine and there would be no need for VISA as the middleman.

In the music industry, Mycelia developed a way to encode a blockchain contract into songs, so that fans pay to the artist directly. Record companies are left out from this equation and all this started by an English singer Imogen Heap.

When it comes to publishing online work, Scriptarnica came into the scene as a revolutionized service backed up by the blockchain technology. Developed by MVP Workshop, Scriptarnica removes the middleman and allows the readers to read and contribute to books while they are in the making. Apart from that, the authors are able to earn from it immediately as there is no waiting process that usually exists.

Some of the firms jumped on the blockchain train quite a while ago by launching products that remove the middleman from the equation. One of them is Openbazaar - a decentralized marketplace where anyone can buy or sell anything without the middleman, with crypto. It was launched in 2014.

Origin Protocol is a company that’s building a platform for empowering developers and businesses to create decentralized marketplaces on the blockchain. Their protocol makes it easy to develop and manage listings for assets and services.

Bee Token is a decentralized network for connecting people who are looking for accommodation with the ones who are offering it.

And when it comes to internet security, we’ve all heard about the infamous DDoS attacks which can be a threat for every server on the web. The company Gladius is aiming toward putting an end to DDoS attacks by creating a decentralized protection platform. In other words, the platform allows users to combine all of their computers unused processing power in a pool in order to defend themselves from DDoS attacks. When a DDoS attack happens, instead of having just one server (computer fighting it), the entire pool functions as a decentralized network and defends against the attack.

Blockchain will stay on the market, not as a new, hot and trending technology which serves as a complete substitute of the existing technology, but rather a supplement to what currently exists, all in favor of enhancing the security, cutting the costs, and removing the middleman.

And as Suvorov says: “But if the data is decentralized, it’s much more secure and it’s much easier for the parties to create something rather than try to create an alliance and define a common data model. This tech is important, but it’s just a part of the digital transformation, you can’t say I have blockchain now, so my business is digital. It is just the connectivity piece to exchange the value and digitize processes for the business ecosystem.”

This article is part of our blockchain awareness posts where we try to help newcomers and businesses interested in blockchain use cases enter the space more easily. Follow us and subscribe for more upcoming articles such as this one, and feel free to join the conversation on Twitter and LinkedIn.

For free business consultation about how blockchain can impact and change your business model, or anything else related to the technology — get in touch with us. Also, don’t forget to check out our Business Decentralization (PDF) canvas and let us know your thoughts on it.

Business Decentralization and Removing the Middleman was originally published in MVP Workshop on Medium, where people are continuing the conversation by highlighting and responding to this story.

How Is GDPR Failing and How Can Blockchain Help?

One of the most essential data privacy regulations that has been brought in during the last two decades could be fundamentally wrong when it comes ...

When MVP Workshop entered the blockchain product development space a couple of years ago, we had to use the existing tools and frameworks for evaluating ...